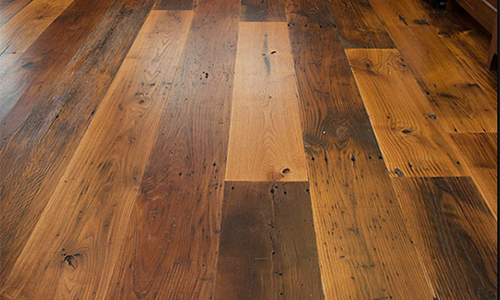 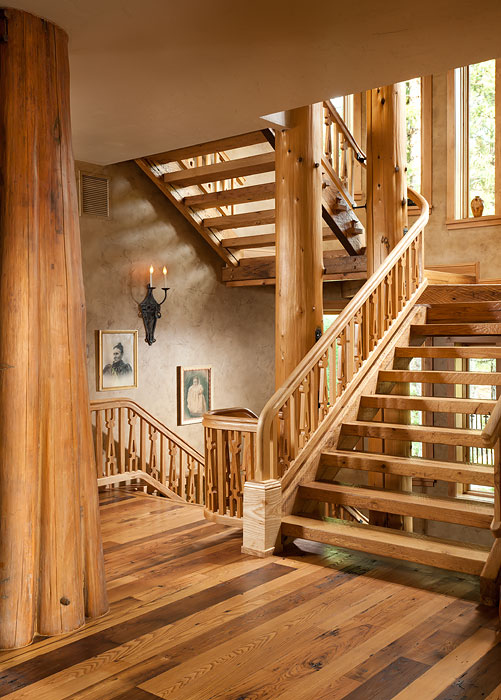 Big Hole Battlefield chestnut is one of our most rare and prized flooring products. These boards are 100% reclaimed and come from structures built while the U.S. was still young. Now, these boards have a new purpose as elegant hardwood flooring you can install in your home. Our chestnut reclaimed hardwood flooring comes in mixed sizes with long lengths and wide widths available.

Over 115 years ago, the American landscape was covered with a plethora of chestnut trees. These trees often grew fast and to impressive sizes. Chestnut is an attractive hardwood, and for decades, was a popular choice for producing lumber. Farms, towns and eventually the fledgling cities that predated today's urban landscape relied heavily on chestnut for flooring, siding, furniture and much more. For years, this tree went hand in hand with the U.S.'s development, but the resource wouldn't last forever.

In 1904, a zoologist observed a disease on a chestnut tree in the Bronx Zoo. The disease, called the chestnut blight, was a fungus that hit fast and is believed to have come from chestnut trees imported from overseas. Within just four decades, nearly the entire species of American chestnut was wiped out. A few remaining holdouts still exist, but the blight all but guaranteed the end of an era and the extreme rarity of chestnut hardwood flooring.

Big Hole Battlefield chestnut flooring comes from buildings constructed over 150 years ago. These buildings stood for generations, providing dependable shelter and creating defined landscape features. Over time, the chestnut absorbed the signs of age, weather and wear to develop an aged patina only possible with patience and exposure to the elements.

Eventually, these chestnut buildings had to come down, but destroying this lumber would erase a link to the past. Rather than let these boards disappear forever, these buildings were rescued through meticulous deconstruction and preserved them for reuse in your home. Our Big Hole Battlefield chestnut reclaimed flooring planks have colors ranging from tan to chocolate brown and wormholes that provide added character. Big Hole Battlefield chestnut also has saw marks, checking and the holes left from nails and other hardware removed during preparation.

Big Hold Battlefield chestnut flooring is eco-friendly and provides an opportunity to install flooring that has a tangible connection to our nation's past. Connect with us online to request a customized estimate and Let Us Guide You Through The Woods®.